Iron Bitters
"IF YOU WANT YOUR CHILDREN TO BE HEALTHY & STRONG...
GIVE THEM IRON BITTERS" 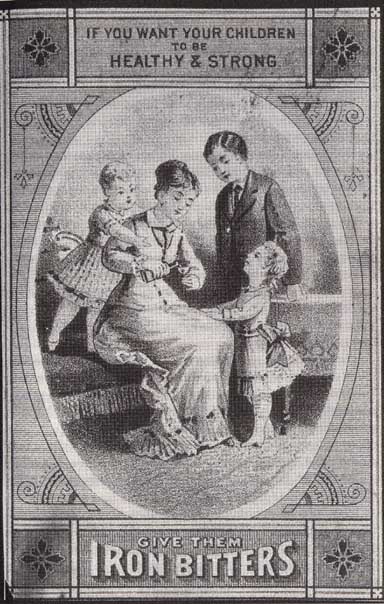 Early advertisement for a popular cocaine-laced elixir, Iron Bitters. Iron Bitters was a patented medicine touted as a cure for malaria, indigestion and "female infirmities". This marvellous brew was also advertised as a tonic for kids. The modern medical consensus discourages giving cocaine to small children, though its functional analogue, methylphenidate (Ritalin), is commonly prescribed instead.