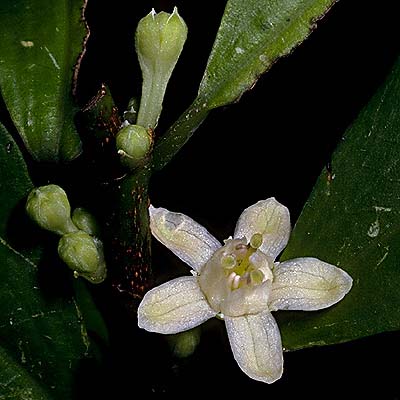 There are around 250 species of erythroxylon plants. At least 20 produce cocaine. Only two of them, erythroxylon coca and erythroxylon novogranatense, typically yield enough cocaine to justify commercial cultivation.

Chewing leaves of coca normally induces a pleasant and subtle sense of well-being. Other routes of administration may exert a more dramatic impact on the user; and pose substantially greater risks to health.

Yet sensitivity to coca-extract varies. Paola Mantegazza (1831-1910), an Italian physician working in northern Argentina in the 1850s, seems to have been unusually receptive to its properties:

"...I sneered at the poor mortals condemned to live in this valley of tears while I, carried on the wings of two leaves of coca, went flying through the spaces of 77, 438 words, each more splendid than the one before...An hour later, I was sufficiently calm to write these words in a steady hand: God is unjust because he made man incapable of sustaining the effect of coca all life long. I would rather have a life span of ten years with coca than one of 10 000 000..(and here I has inserted a line of zeros) centuries without coca."

The capacity "of sustaining the effect of coca all life long" will indeed not come from God - nor from godliness. Nor will it come from wholesome living and clean thoughts. This is because we are born with a "hedonic-treadmill" of mood-regulating negative-feedback mechanisms in the CNS. The hedonic treadmill is vicious. It prevents us from subverting our gene-driven "set-point" of emotional well/ill-being by cosmetic lifestyle-adjustments.

Fortunately, the application of designer-drugs, nanotechnology and gene-therapy promises eventually to get rid of suffering and malaise altogether. If we choose to abolish them, then the metabolic pathways of unpleasantness can be edited out of existence.

Better still, our genetically-enriched successors will be able to enjoy life-long bliss far richer than anything a drug or plant-extract can induce at present. The well-being of our descendants will be deeper, more diverse, more intense and (perhaps) more empathetic than anything physiologically accessible to drug-naïve mortals today. In the new reproductive era ahead, genetic disorders such as ageing and a capacity for aversive experience are destined to disappear into the evolutionary past. For tomorrow's paradise-engineers will rewrite the human genome to serve our own interests rather than selfish DNA.

But large-scale genetic-rewrites take time. The use of biotechnology to abolish suffering throughout the living world - and a possible Post-Darwinian Transition to paradise-engineering - will take many centuries, perhaps even millennia. And on the whole, we want to be happy right now.

Unfortunately, recreational drugs like cocaine offer only a deadly short-cut to nirvana.