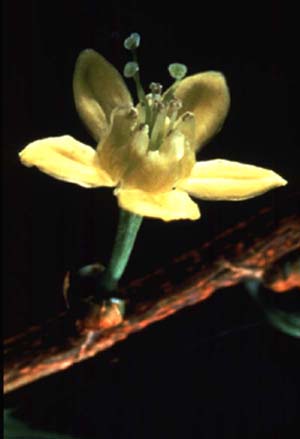 Coca leaves have been chewed by South American Indians for many thousands of years to induce a mild and long-lasting euphoria. Anthropologists have speculated that the word coca derives from the pre-Incan Tiwanaku word khoka - meaning "the plant". The Aymara word q'oka means "food for travellers and workers".

The Incas in particular venerated coca. They used coca in magical ceremonies and initiation rites; for divination and fertility rituals; and to heal their physical and psychic woes. Two of the Inca emperors named their wives after the leaf - the honoured consorts were given the plant's sacred title, Mama Coca. The only object ever carried by the Inca emperor himself was a coca pouch. He wore it around his neck close to his heart.

In the Inca period, the elite regarded the sacred leaf as far too good for ordinary Indians. The invading Spanish conquistadores were more practical - and cynical. Intially coca use and cultivation was denounced, especially by the Catholic Church, for its destructive influence on the native populations. Coca was banned as an agent of idolatry and sorcery, "strengthening the wicked in their delusions, and asserted by every competent judge to possess no true virtues; but, on the contrary, to cause the deaths of innumerable Indians, while it ruins the health of the few who survive."

But the invaders were impressed at coca's efficacy as a stimulant: "The herb is so nutritious and invigorating that the Indians labour whole days without anything else." The Spanish needed native labour in their silver-mines. Work in the mines was extremely arduous; and taking coca reduces appetite and increases physical stamina. Hence there was a great surge in coca-use and the number of coqueros (coca-chewers).

Pope Paul III (r. Oct. 13, 1534 - Nov. 10, 1549) stated in his encyclical entitled "Sublimus Die" that Indians were not to be robbed of their freedom. He wrote "Notwithstanding whatever may have been or may be said to the contrary, the said Indians [of the New World] and all other people who may later be discovered by Christians, are by no means to be deprived of their liberty or the possession of their property, even though they be outside the faith of Jesus Christ; and that they may and should, freely and legitimately, enjoy their liberty and the possession of their property; nor should they be in any way enslaved..." 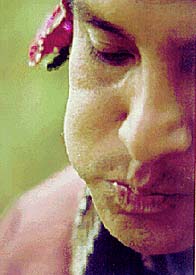